Sometimes it takes a while for articles of interest to percolate up to the surface of independent media. Notice the timing of these articles below and decide for yourself if the headline could be true.

Two days later, we have a tweet from Julian pointing to the article. 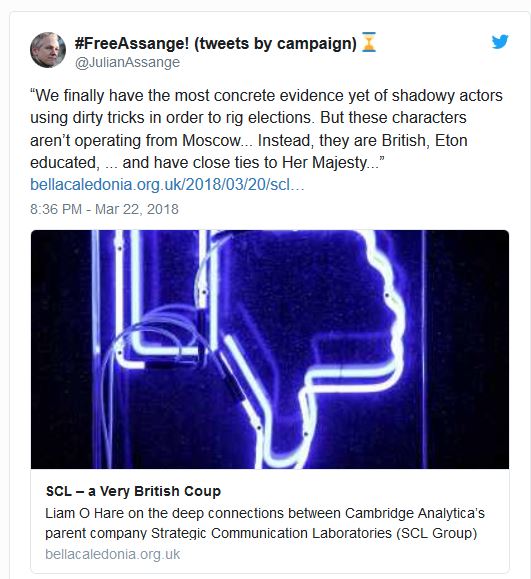 Separately and apart from the Bella Caledonia article, our research uncovered the same conclusions – the Queen is running a spy operation from Windsor Castle. She is an enemy of the United States and many countries where she, Geoffrey Pattie, the Privy Council, and her extensive spy, propaganda, and election rigging network terrorizes not only the British people, but countries around the world.

Our blockbuster report is coming out soon. We have been leaving ‘nuggets of interest’ from our…

Computer Builder, News & Opinion that Matters with Humanitarian Bias, People Lover; Not Responsible for Tweets/Posts from all Social & Mainstream Media View all posts by ezduzit63