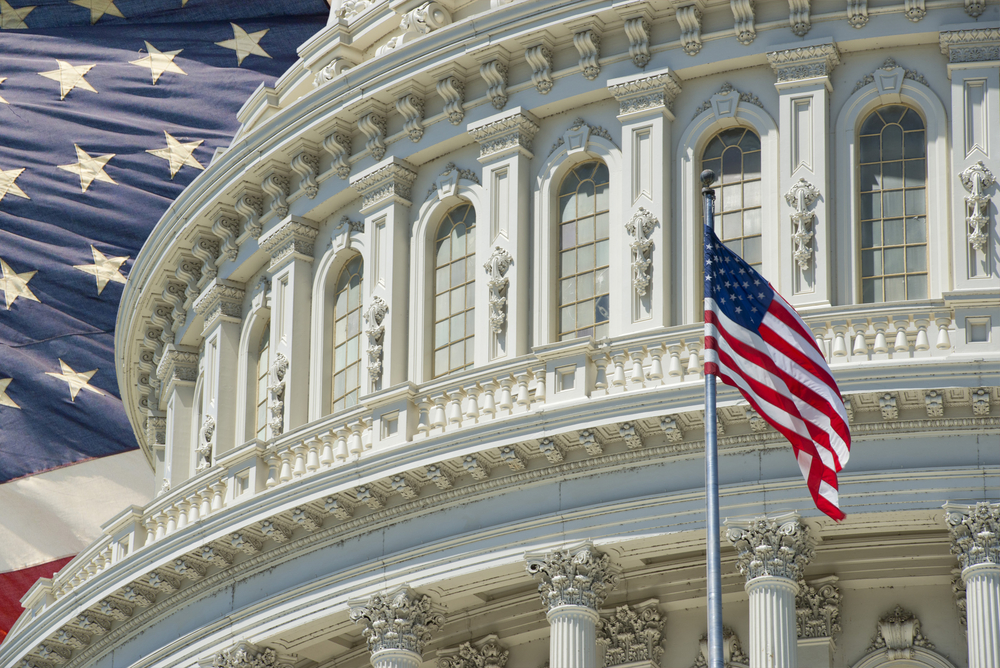 AIM4Truther Mike N. wants all patriots to be aware of this information about the courts and constitution. We have included his entire note to us so that no details are missed:

In today’s (3/26/18) “My Bad” video/audio with Thomas, you stated that, “They’ve taken away all our Constitutional rights in these things [the agreements so vast they know we’re not going to read them].”

I don’t know if you’ve looked at the 8-page document I emailed to you a few weeks ago entitled, Non-authority of the Feds, which you said you passed on to the Conclave.  So, I’ve attached another copy of it which I hope you will go through.

I doubt that any lawyers on your teams will agree with what I’m presenting to you, but they’re B.A.R. members and would be ostracized for straying from official and accepted doctrine.

First of all, the U.S. Supreme…

IN 2011, BARRY DILLER PLACED CHELSEA CLINTON ON THE BOARD OF IAC/ INTERACTIVECORP MEDIA TROJAN HORSE

This article may also be read at Fort Russ News

Call it the ‘let’s get Tulsi off the front page and force her into alienating her conservative supporters with the right to bear arms trap’ employing some tried and true (same old deep state) shit. CBS reports/tweets: 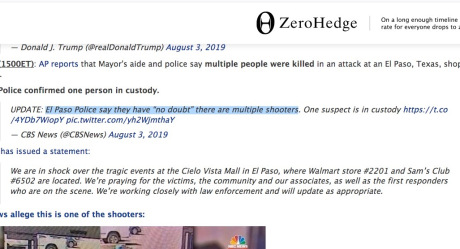 And then CBS deleted their tweet and it is predictably one shooter. Predictably? Read on, here’s a bit of history:

For those unfamiliar with ‘GLADIO’, this is the name assigned a known history of western democracies intelligence agencies unleashing terror on their own citizens for purpose of influencing or manipulating public opinion to the advantage (historically-typically) of the right wing in politics. In the history developed since GLADIO first spilled into the open in Europe in 1990, we see the Pentagon & Central Intelligence Agency were…

There have been so many lies told by the Obama administration and his intelligence bosses (FBI, CIA, NSA, ODNI, etc.) that it makes your head spin. To make sense of the obfuscations, disinformation, and outright lies, we decided to build a timeline to see if we could see a pattern of the “bigger picture.” What we found was a shocking indictment of Obama, Susan Rice, and the whole chain of command in the intelligence community. Lie after lie was told to hide the fact that principle intelligence bosses worked closely with Obama’s efforts to get Hillary Clinton elected, by hook or by crook – mostly by crook.

By the way, if you haven’t noticed from our many citizen intelligence reports found at the American Intelligence Media

HOROWITZ HAS BEEN GROOMED  BY GEORGE SOROS VIA DNC BARNEY FRANK, THE CLINTONS, AND JAMES CHANDLER SINCE HARVARD LAW SCHOOL

FIG. 1—MICHAEL E. HOROWITZ, INSPECTOR GENERAL OF THE U.S. JUSTICE DEPARTMENT, promised the American people in his Confirmation Hearing that he would tell the truth and avoid even the appearance of impropriety in a sworn statement.

(DEC. 17, 2017)—On Dec. 13, 2017, Rod Rosenstein, Deputy Attorney General, testified before the House Judiciary Committee about the evident conflicts of interest within the DOJ/FBI’s Trump-Russia investigation.

His body language betrayed him. He is very evidently a subordinate covering for his real boss Special…

In the winter of 1983, archival research expert David Dodge, and former Baltimore police investigator Tom Dunn, were searching for evidence of government corruption in public records stored in the Belfast Library on the coast of Maine.

By chance, they discovered the library’s oldest authentic copy of the Constitution of the United States (printed in 1825). Both men were stunned to see this document included a 13th Amendment that no longer appears on current copies of the Constitution. Moreover, after studying the Amendment’s language and historical context, they realized the principle intent of this “missing” 13th Amendment was to prohibit lawyers from serving in government. So began a seven year, nationwide search for the truth surrounding the most bizarre Constitutional puzzle in American history…

We reasonably cannot expect Government to protect us because as history as shown..the reason we were allowed to have Gun protections is because of a Tyrannical Government. Government has no Right to legislate to any American Citizen against my Right To Bear Arms as GUARANTEED by the US Constitution as well proven by Governments repeated attacks on our Bill Of Rights & Human Rights.

Our Founders knew of Tyrannical Government and wrote this Freedom as a Human Right to Life, Liberty and the Pursuit of Happiness. Their foresight was a gift of Love and not Hate.

The ability to protect our families and ourselves from being forced in to a life of slavery by unscrupulous people both Foreign and Domestic.These self serving manipulators have been allowed to conduct inhumane and unjust LEGALESE assaults on our Constitution as well as our Bill of Rights. Their assaults only prove the greater need for Americas Citizens to protect themselves from oppressive dictates. Americans must arm themselves and prepare for the COMING. The Knock..knock..BOOM!.

Now as it was in the Founders time we must resist the UN Agendas prepared by non elected Foreign Dictators with Domestic agents through promotion of propaganda schemes of death, education system subversion and economic destruction which are creating a society of oligarchical oppression with the United States. Political thievery of Politicians,Lawyers, Lobbyists, Foundations of Authoritarians and secret non elected wealthy Secret Societies have and are scheming for the United States and the American peoples destruction. What is their goal…you only need to read between the lines to see their agendas of austerity. Your destruction under the guise of POPULATION CONTROL. These genocidal eugenicists believe, you are a USELESS EATER.

What can we as American Citizens do? All American citizens of every creed must cherish and protect the Rights given by the Founding Fathers who dealt with the schemes of a oppressive British Monarchy. Respect and honor those words and thoughts of love for the American people in the Constitution and Declaration of Independence. Let us design our Government from their guidance and with our hearts eliminating those agents of change that wish to enslave us. Start by punishing those by the Rule of Law who have willingly tried to bury and destroy the Founders wishes through hateful subversion and radical self service.

Showing mercy is a virtue and as Americans we must avoid bloodshed when applying correction..but We The People must understand if these EVIL forces will not relent and Government will not police the Founders goal for our Liberty, than we must all use the Right to Bear Arms our Founders and our Human Rights dictate and use our weapons of Freedom and preserve our Liberty .